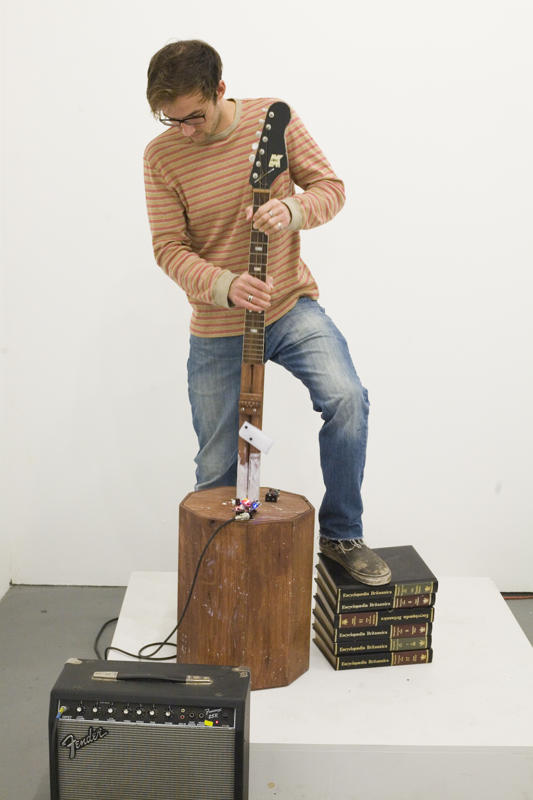 Michael Merck asked me to collaborate on upgrading his Guitchurn, which was (at the time) an acoustic musical instrument coupled to the shell of a common hand-built olde tyme kitchen appliance. Naturally I thought any cottage churner would enjoy electronic basslines while doing the deed, so we connected an Autonomous Bassline Generator to it for the Cantanker Magazine show (issue 7) at the Big Medium Gallery in October ’09, and then later at the Creative Research Gallery.

The Guitchurn works by a little paddle on the arm breaking an infrared light beam each time you bring the arm down. The Bassline Generator detects the broken beam and plays the next note in the autonomously-generated melody. So you only get music if you’re making butter and vice-versa.

Bread was set out, with a note asking you to “wait until the butter comes”, which surely was incentive to take a turn on the churn. For some people it was their first time churning butter and playing electronic bass! Imagine! Copious amounts of hand-sanitizer, wine bags hanging from framed art, banana pudding in lettered mugs, and Marcel Duchamp speaking backwards also added to the festivities.